Surfing mostly at back beaches during Summer's North Easterly wind patterns that produce wind swells into waves varying in height from 2 to 4 feet, the team trialed multiple fin sets to discover what works best for the given conditions.

Nigel McBride and Steve Beyer were impressed with board stability, paddle glide, buoyancy and ease of taking off...there were a lot of easy one paddle take offs! Steve said, "the overall handling and maneuverability for boards this size is amazing!" and he attributed this to the shape, dimensions and lightweight materials used. They were also impressed with the effectiveness of the deck grip in displacing water. 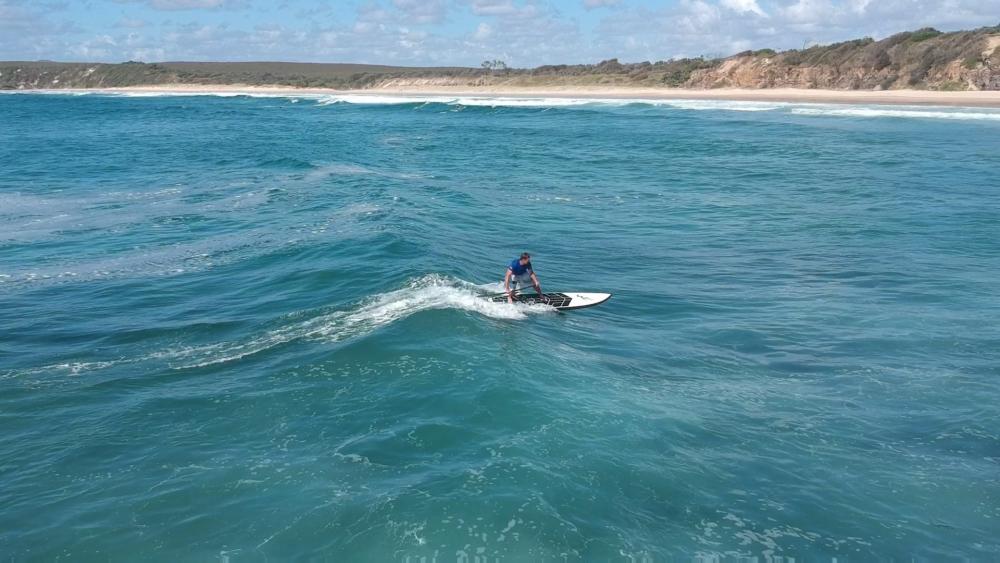 With boards made from light-weight carbon/epoxy and EPS foams we were always conscious of their ride and feel underfoot. To ensure a smoother ride using these materials, the shape is extremely important. Our rail lines are based on a constant curve, broad nose, wide tail "Hypto" design, with the widest point near or just aft of the upright paddling position for most riders. 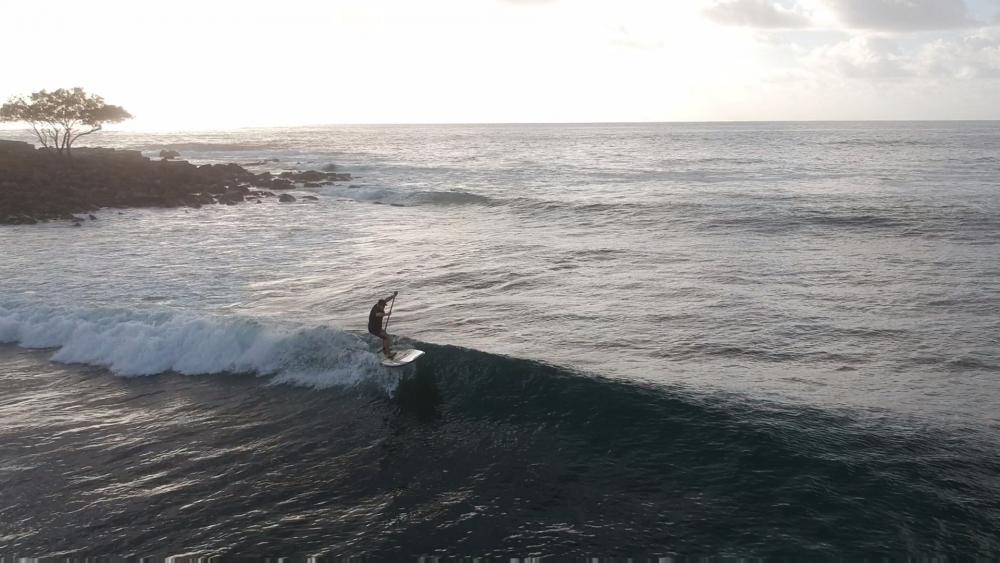 There is a slight convex in the bottom nose area to help spread the water and prevent nose slap. As a result, takeoffs are smoother and there is absolutely zero nose chatter over flat sections. The convex nose then transitions into a single, then double concave for hydrodynamic efficiency and there's a little extra tail flip for improved agility. We purposely designed the board with a wide tail and more volume, however without a comparable design for reference we were concerned about maneuverability. 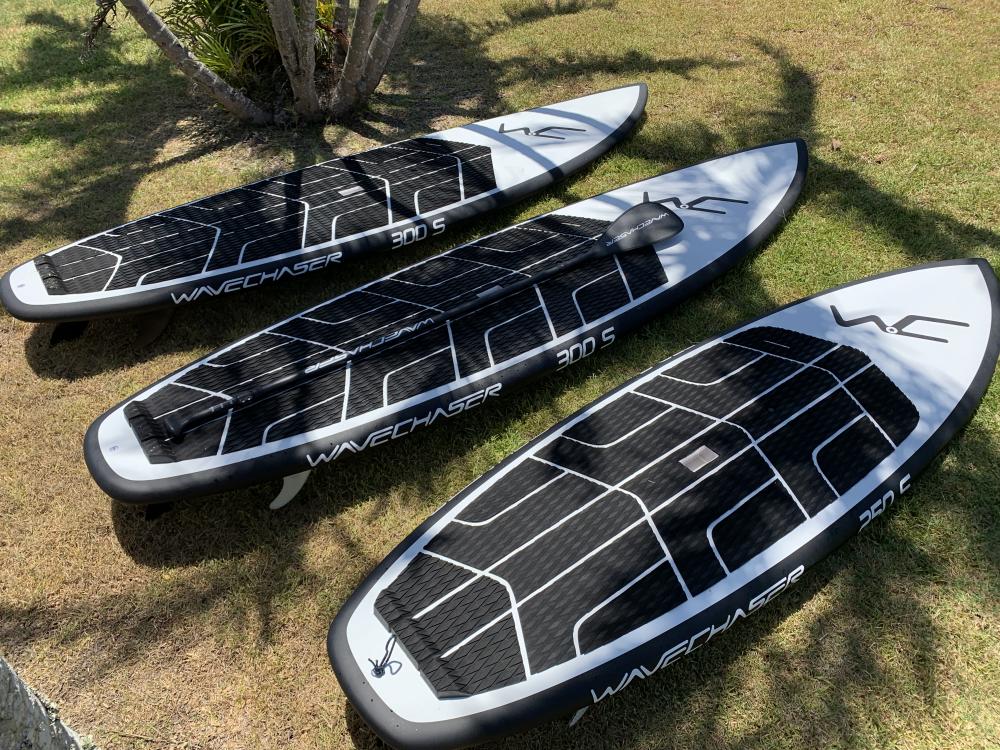 Thankfully, these concerns were alleviated as soon as we started riding them in steeper waves. We found that they hold and pivot easily in the pocket. We also found the extra width and volume in the tail was a benefit in wave pick up, speed and agility, particularly for a high volume SUP. Nigel said, "these boards hold and trim nicely on the wave face and they're a breeze to race sections and then cut back into the pocket!"

In our opinion, Wave Chaser S Series SUPs will handle well in most conditions for most riders from beginner to advanced.

Discover Our Paddle Board Range